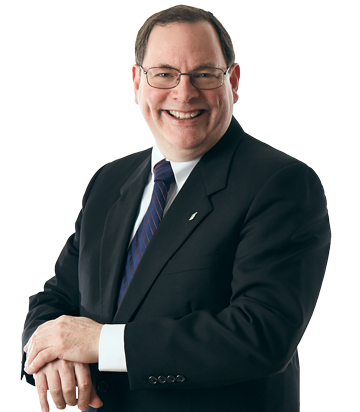 U.S. Court of Appeals for the Sixth and Federal Circuits

U.S. Court of Appeals for the Ninth Circuit

Past Board Member of the Birmingham Optimists

Past Dean of the Metropolitan Detroit Chapter of Delta Theta Phi

Trustee, The Episcopal Diocese of Michigan

Who’s Who in American Law®

Who’s Who in America®

Who’s Who in the World®

Michael Stewart is a founding member of the firm. He has worked in a wide range of technical areas including information technology, e-commerce, telecommunications, and mechanical, aerospace, computer, and nuclear engineering. His practice includes domestic and foreign patent prosecution, e-commerce and information technology, patent opinions, intellectual property litigation (including domain name arbitration proceedings, Inter Partes Review and Post Grant Review proceedings before the Patent Trial and Appeal Board at the United States Patent and Trademark Office, and both state and federal court actions), domestic and foreign trademark prosecution, trademark opinions, copyrights, trade secrets, rights of publicity, intellectual property evaluations/due diligence and drafting and negotiating technology and intellectual property agreements. His litigation experience includes both trials and oral arguments before the Court of Appeals for the Federal Circuit. Michael is also admitted before the United States Supreme Court. In addition, Michael has substantial experience managing, administering and conducting worldwide projects involving updating ownership records of large intellectual property portfolios. Michael’s breadth of experience has enabled him to apply a comprehensive, cross-disciplinary approach to maximize the scope of intellectual property protection and beneficial usage.

Michael is a frequent author and speaker on intellectual property protection and enforcement. He has spoken at the International Trademark Association (INTA), American Intellectual Property Law Association (AIPLA) and Michigan Bar Association annual meetings, as a speaker on behalf of the United States Patent and Trademark Office, the National Science Foundation, and third party organizations such as ARVO.  He has also lectured to engineering, business and law students at schools such as the University of Michigan and Notre Dame University.  He has further served as an instructor for Lorman Education Services and for the Institute for Continuing Legal Education, and conducted webinars for such organizations as the AIPLA. Michael has been recognized by the State Bar of Michigan’s “A Lawyer Helps” program for giving back to the community.