Humans have been making and using musical instruments since at least the Paleolithic age—long before patent systems were put into place to protect inventions. As technology and music have evolved, innovation in the music world has offered fertile ground for patent protection. For instance, one of the most popular instruments, the guitar, has been the focus of thousands of patents in the United States and around the world.

The first electric guitar marketed commercially was created and patented by George Beauchamp in 1937. This electric guitar transformed the quiet string instrument’s sound into an electrical signal that could be amplified at a much louder volume. That innovation led the way to modern music genres such as rock and roll. As musicians picked up electric guitars, some became famous for their talent with the instrument. A few even created individualized electric guitars to accommodate and enhance their unique playing styles.

Legendary guitar player Eddie Van Halen received US Patent 4,656,917 on April 14, 1987, for a “musical instrument support.” This invention allowed Van Halen to stabilize the guitar on his body, providing him total freedom of his hands to play the guitar in new ways. It also gave us one of the most rockin’ patent drawings to this day! 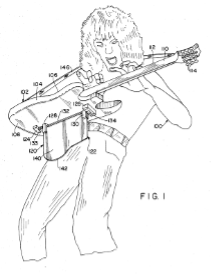 Many artists seemed to desire greater mobility of their instruments while performing. On July 26, 1994, Prince received US Design Patent D349,127 for a “portable, electronic keyboard.” More famously known as the Purpleaxxe, Prince’s “keytar” was an electronic keyboard on a guitar frame, resembling the shape of the iconic glyph used as the singer’s name in the ‘90s.

An electronic double bass with a small body was patented by Henk van Zalinge on January 6, 1981. The instrument in US Patent 4,242,938 allowed bass players the opportunity to enjoy more movement while playing an instrument that is commonly known for its large size.

One of the most iconic guitars of all time is the Gibson Les Paul. First sold by Gibson Guitar Corporation and endorsed by famous guitarist Les Paul, this guitar was patented on August 2, 1955. US Patent 2,714,326 describes the famous stringed instrument as having a combined bridge and tailpiece which allows for a more precise tone.

While you might normally think of copyrights when you consider intellectual property in music, you shouldn’t forget the vast number of patents directed to instruments that make the copyrightable music.

Melissa M. Chapman is an associate attorney at Fishman Stewart and works in the firm’s patent practice group. Check out her full bio here. 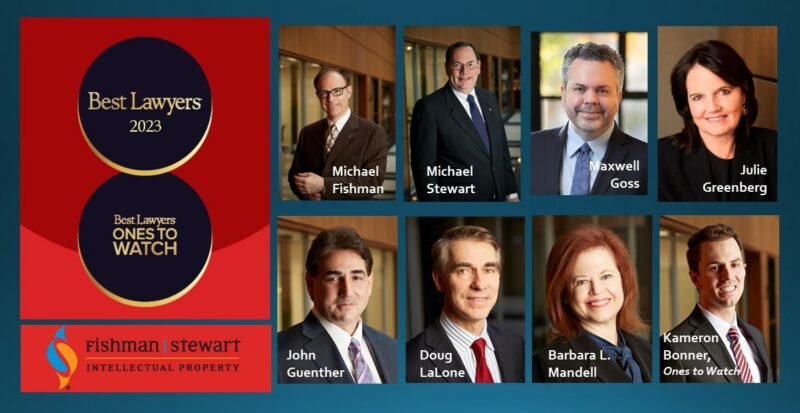