Patents – The Great Deal for Society

Patent systems have developed and exist in most countries around the world and are typically codified into the law of the land. Generally, patents provide their owners with the legal right to exclude anyone else from practicing (making or using) the patented invention for a limited period of time. This period of exclusivity provides a potentially huge financial benefit to the patent owner who may commercialize the invention and any innovations that incorporate the invention.

Why should a government be willing to grant such power of exclusivity to a patent holder, and seemingly at the expense of the free market? The answer lies in a foundational bargain between society and inventors. In the US, this covenant is expressed in Article 1, Section 8 of the Constitution:

The Congress shall have the power to promote the Progress of Science and useful Arts, by securing for limited Times to Authors and Inventors the exclusive Right to their respective Writings and Discoveries

This detailed disclosure of patented inventions is what promotes the “Progress of Science” by driving innovation and development beyond the imagination, both during the life of the patent and after it expires. During the life of a patent, as we commonly call its “limited term of exclusivity,” it may not be prudent or feasible to license or purchase the invention. In these cases, there may be motivation to figure out a new way, or “design around,” the patent to avoid it. This drives the industry further through continued innovation where an inventor builds on the past while avoiding the patent, and is likewise motivated to obtain her own patent, and in exchange, tell the world how to make and use this new invention.

Moreover, after the patent expires it passes to the public domain and is free for everyone’s use, spurring yet more innovation. Groundbreaking technologies can then be built upon as those technologies become ubiquitous in larger society as set forth in a few examples.

In one example, early seeds of the now-ubiquitous Global Positioning System (GPS) reach back to 1970. Today, GPS technology has made its way into the pockets of millions of people in the form of smart phones. Perhaps not even the inventor could have imagined the impact of that invention back when it was first patented. Smart phones themselves may be traced back to digital mobile phone technology developed in 1973 and patented in the US and Germany.

Another example is the early development of carbon fiber in Japan (which is now available everywhere), and the role that patenting and licensing early in the process had on supporting and spurring development.

Les Paul, the inventor of the electric guitar in 1959, needs no introduction as an early innovator or as a musician.  The electric guitar changed the musical world and led to the new sound and revolution in music that started in the 1960’s and continues to this day.

Finally, none of us want to imagine what the world was like before the development of the simple roll of toilet paper, but in 1891 Seth Wheeler imagined a better future and invented something that the world can only be grateful for.

This great tradeoff has driven innovation and technological advancement worldwide for generations. It has brought brilliant minds to bear on the world’s most challenging problems – motivating those minds to improve the technology and improve the world at large. Polly Patentee may be getting a great bargain, but society benefits too.

Lastly, it must be noted that the invention must meet other requirements too, such as requirements of patentable subject matter, being novel (meaning it hasn’t been previously patented, or already known to the public) and being nonobvious (meaning that it is not readily apparent to someone working in the field of that invention). Nonetheless, proper disclosure is a requirement, and improper disclosure (like publishing or making and selling the patented product to the public for too long before seeking patent protection) may mean you cannot obtain a patent. If you would like help or advice regarding the how, when, and what of a proper disclosure, or just want to chat more about patents, please contact us.

Paul Ratzmann is a partner at Fishman Stewart and a registered patent attorney, practicing in many technology fields. As an engineer, before he became a patent attorney, Paul was an inventor and is listed on eleven US patents, such as the one listed here.

Sir Finnegan, known as “Finny” to his school of family and friends, is taking a trip to explore the diversity of intellectual property all around the world. If you see Finny on his journey, please take a picture of Finny and post it on social media with the hashtag #FollowFinny so we can track his progress. A plush toy of Finny is available to take home HERE. 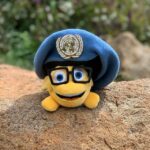 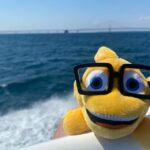 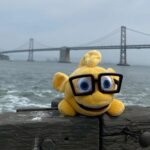