The world is duly impressed with the pharmaceutical industry’s development and distribution of not one, but multiple vaccines, in response to the coronavirus pandemic.  It seems just short of a miracle that this all happened in a year and is a tribute to modern science and industry.  It is also a tribute to the wonders of intellectual property (IP) law playing its part to encourage innovation and development – providing protections and rewards for doing so.  The machine of the modern era delivered.

Or did it? As great as these achievements have been, the benefits have not yet been fully realized.  Many nations remain in queue as vaccine producers race to expand capacity and streamline production to meet this unprecedented demand.  Despite their herculean effort, there simply is not enough capacity to quickly produce the billions of doses needed.

As such, nations clamoring for a quicker solution have been seeking a broad waiver of global IP rights through the World Trade Organization (WTO).  Such a waiver could suspend IP rights on vaccines (and perhaps other items such as therapeutic treatments, diagnostic tools, and the like), permitting other countries to ramp up their own production.  But who has such authority and why the WTO?

The WTO administers the “TRIPS” Agreement1, which was introduced in the early 1990’s and is a broad, global, agreement on enforcement of IP rights – defining minimum standards for all WTO member nations.  Early on, TRIPS carved out exceptions to enforcement, providing for “Use Without Authorization of the Right Holder” under Article 31 in which compulsory licenses can be granted for use in a domestic market.  Thus, if a nation has a need but cannot obtain permission from the right holder, relief may be provided from the WTO in the form of a compulsory license – but for the nation’s domestic use only.

This exception can be a challenge in the drug industry and for nations that do not have drug manufacturing capability, and was noted in the WTO’s 2001 “Doha Declaration”: “The TRIPS Agreement does not and should not prevent Members from taking measures to protect public health.”  The Doha Declaration therefore took things one step further and “allows low cost generic medicines to be produced and exported under a compulsory licen(s)e exclusively for the purpose of serving the needs of countries that cannot manufacture those products themselves.”  In other words, medicines still covered under patent can be manufactured as if generic in the country in question.

As well-intentioned as this was, the first real-world application of the Doha Declaration in 2007 did not prove so successful, when a Canadian company sought compulsory licenses for HIV/AIDS drugs to be provided to Rwanda.  As might be expected, the process proved cumbersome, bureaucratic, and ineffective and recommendations at the time were to streamline the process.

Now, in the throws of a pandemic, there is mounting pressure to act and in recent weeks the Biden Administration announced that it is in favor of waiving intellectual property protections for coronavirus vaccines.  Not all are on board, including the EU and others, so we will be watching keenly.

1 An Agreement on Trade-Related Aspects of Intellectual Property Rights “TRIPS” between all member states of the WTO that establishes minimum standards for IP protection between the member states. 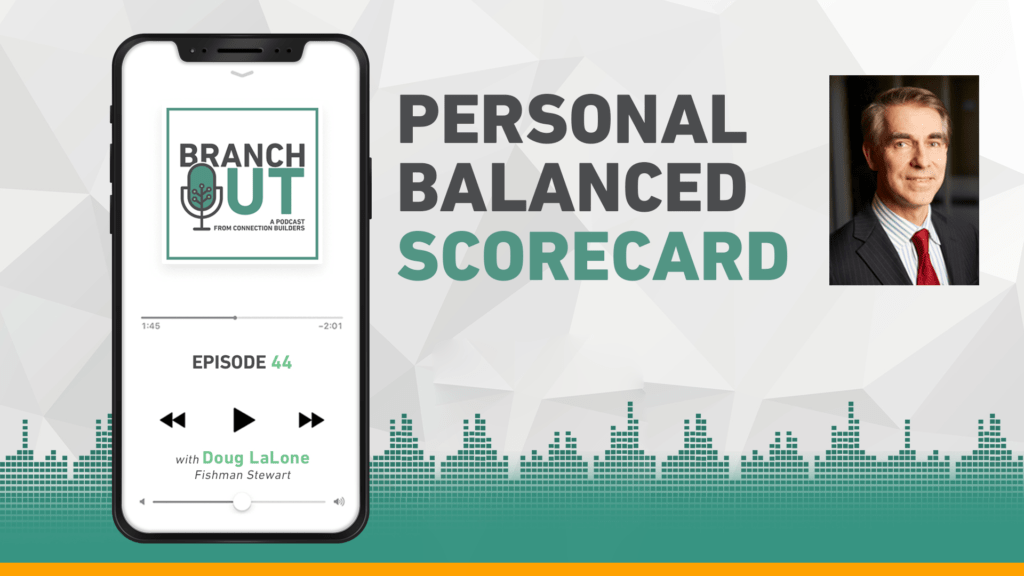 We all strive to achieve success, but achieving it can be tricky. The Branch Out Podcast speaks with Fishman Stewart partner, Doug LaLone, to share his practice of a “Personal Balanced Scorecard” to actualize growth and achieve success.

A Personal Balanced Scorecard is a strategy performance management tool. The Personal Balanced Scorecard first records metrics most in your control, such as education, networking, and creating goals. Additional measurements are added to ensure you’re actually gaining ground. With the use of visual aids, Doug illustrates how to identify personal weaknesses, strong points, and areas requiring refinement.

To hear more on how Personal Balance Scorecards can help you achieve success, be sure to join us today.