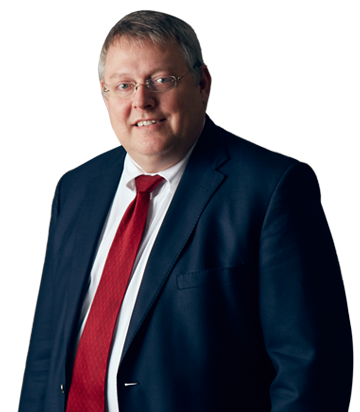 Partner
Contact Paul
+1 (248) 593-3345
Paul Ratzmann is a partner at Fishman Stewart. Paul is a registered patent attorney and practices various aspects of intellectual property matters including domestic and foreign patent prosecution, due diligence, opinions, and design-around. He has an extensive background in the mechanical and electro-mechanical arts.

Paul is an engineer at heart. Prior to his legal career, Paul worked for several years in product development of various medical devices for a large medical equipment provider. Paul also worked at Fermi National Accelerator Laboratory and conducted basic engineering research in such diverse fields as heat transfer, materials development, and epoxy formulation. He also conducted basic research as an undergraduate in cryogenic engineering. He has 11 patents issued as a named inventor and has authored several journal articles in various engineering and physics publications. It was Paul’s experience in product development that sparked his interest in becoming a patent attorney. According to Paul, understanding what a client values, and what their goals are, is crucial to a long-standing and meaningful relationship.

Paul is a veteran and served as Military Police in the US Army in Panama and Honduras. In his free time, he is an avid reader and enjoys gardening.