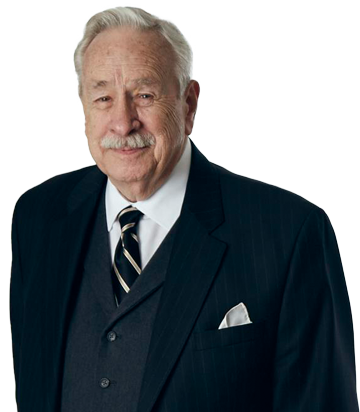 Of Counsel
Contact H. Lawrence
+1 (248) 593-3319
H. Lawrence Smith is Of Counsel to Fishman Stewart. Larry has more than 40 years of experience in all aspects of intellectual property law and practice. He has worked both in corporate law departments and in law firms. In particular, he has extensive experience in the field of agreements affecting intellectual property of all types.

Larry was previously a partner at Fishman Stewart’s former Grand Rapids office. Prior to joining the firm, he was a partner in the Grand Rapids firm of Varnum, Riddering, Schmidt and Howlett, an Assistant General Counsel at Continental Can Company, Inc. in Connecticut, and a Patent Attorney at Borg-Warner Corporation in Chicago.

Larry has served as an Adjunct Professor of Patent Law at Cooley Law School since 1987. In addition, as a commissioned officer in the United States Navy, he was an Assistant Professor of Naval Science at the University of Notre Dame, teaching Marine Engineering and Navigation. He holds a B.S. from the U.S. Naval Academy and a J.D. from The John Marshall Law School.