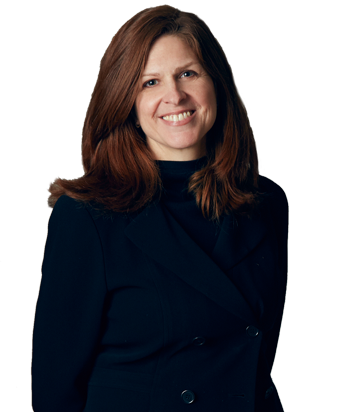 Linda Monge Callaghan is a partner of the firm.  She focuses mainly on trademark and copyright law including foreign and domestic prosecution and litigation as well as agreements and assignments.  Linda also has a special interest in computer law including Internet domain name disputes.

Linda has been at the Fishman Stewart (formerly Rader, Fishman & Grauer) since its inception in 1996.  Prior to joining the firm,  she worked on the Romney for U.S. Senate Campaign and as a legal assistant with a Georgia law firm. She also worked for the U.S. Department of Defense in Germany.

While at Wayne State University Law School Linda was an editor of The Wayne Law Review and a recipient of the Raymond Krell Scholarship and Lee Khachaturian Award. She also completed an Alternative Dispute Resolution course in Malibu, California through Pepperdine University School of Law.

Outside of the office Linda enjoys spending time with her family, running, cooking and traveling.